A BETTER PLACE from David Longoria 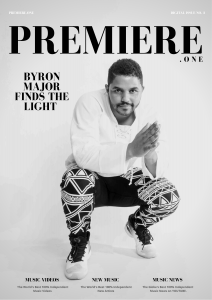 It’s all about doing what we can to improve life in the world. Singer and trumpeter David Longoria brings his creativity to a new level with this epic collection of old and new jazz.

The album opens with a song he wrote called Make The World A Better Place, where he delivers a smooth vocal and a fiery trumpet. Backed by great jazz musicians including Rique Pantoja (Chet Baker) on piano, Maciej Sadowski (Europe’s pride) on bass, Tony Jones (Billy Preston, Bob Dylan) on drums. The exciting trumpet solo is a must hear.

Don’t Let Another Mother Cry is a jazz ballad David wrote to address the violence goin on in the streets of Chicago, inspired by his conversations with families who have lost loved ones there. “I didn’t want to sound preachy but we need to have a conversation about what can be done and not sweep this important issue under the rug”, David explains. He wrote and recorded the song as the theme song for a soon to be released film called Mothers Cry.

Bringing in the exceptional voice of Promise Marks to join him on a fresh take of the Gershwin classic Summertime was a brilliant casting as she sounds like frosting on a beautiful cake would sound. David’s trumpet is so perfectly played to never overshadow, but lay down the exact mood he aimed to give. Kip Webster gives the brushes a confident bed on the drums and Rique Pantoja pulls the blues tone to it beautifully. Doug Perkins adds his classic blues jazz guitar and the results are delicious.

Bringing spoken word to jazz, David created Precious Innocence to fight child abuse as it happens everywhere from movie studios to small towns. With an artistic flair, he cleverly brings the message without a hint of the uncomfortable.

Singing and playing the classic Bunny Berrigan song from the 1930s I Can’t Get Started David set out to honor the sad lyrics in a way to keep it melancholy. Many trumpet players throughout the history of jazz have recorded this song and each brings a different feel to it. David’s is strong, defining and iconic.

Wrapping up the album is another David Longoria penned song taking a modern upbeat jazzy feel called Look To The Sun. The message is simple and feels like bringing Gospel to jazz. So much fun!

This album is a delight to enjoy and if you are a fan of jazz you will appreciate the accessible results while noting the wonderful musicianship throughout.

Check out davidlongoria.com and he can also found on wikipedia